How can we use the old silo site as an engine for transforming Toronto’s Waterfront?

Toronto’s waterfront is been undergoing a complete revitalization, with many future projects planned and in store. The downtown waterfront contains two giant concrete silos known as the Canada Malting and Victory Soya Mills silos. These are former soya and grain storage facilities from back when Toronto’s port contained heavy industrial uses and are now designated heritage buildings.

The Canada Malting silos at the bottom of Bathurst Street were built in 1928 as a place to store barley before being converted into malt. The Victory Soya Mills site at the bottom of Parliament street was built between 1944 and 1948 as part of a larger complex by Sunsoy Products Limited to store soybeans before reprocessing. This latter site, which is located at 351-369 Lake Shore Boulevard East, is the subject of our design plan. The site was purchased by Great Gulf and Dream in 2016. 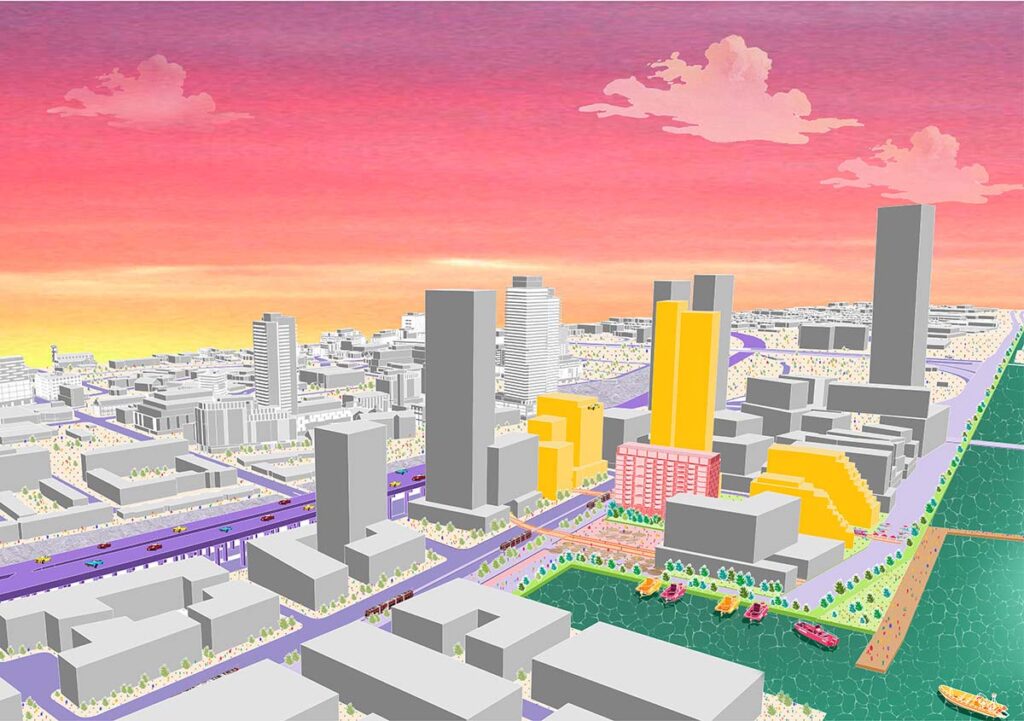 Big idea: Create a destination from the old Silo site on Toronto’s Quayside. 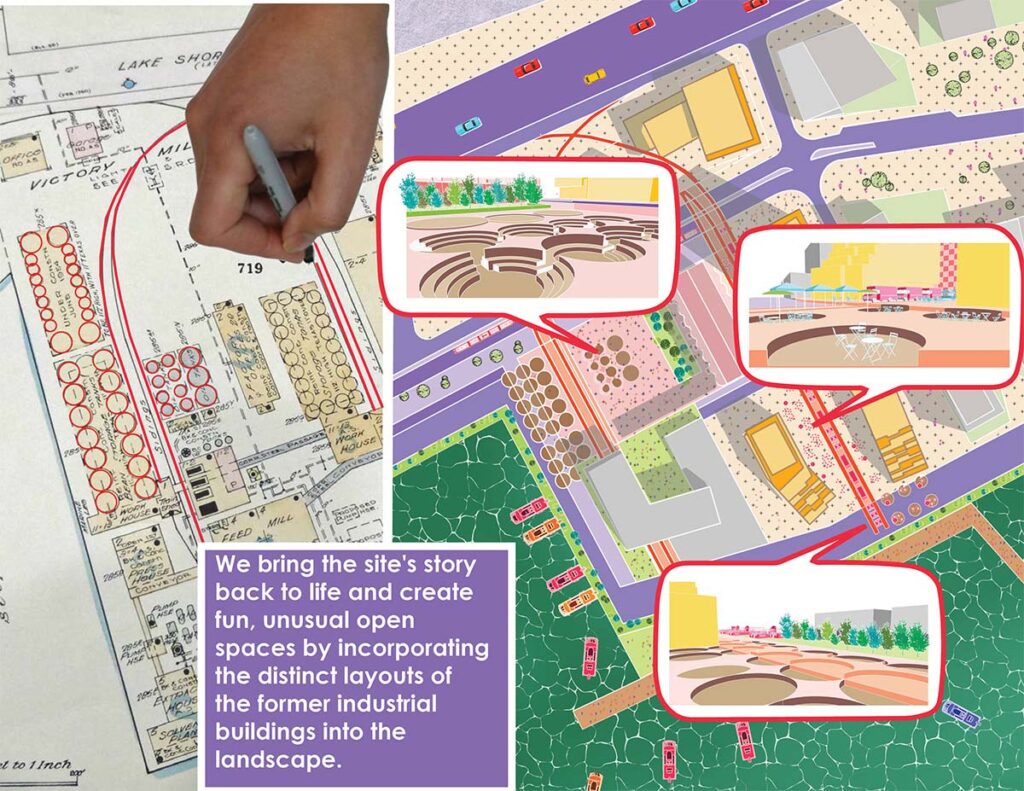 Our first Big Move was to evoke inspiration and connection to place. Our challenge with this move was to commemorate the hidden character of the Silo site while creating a one-of-a-kind public space. To help us, we looked internationally at past developments to understand who has done this the right way and how. An example that stuck out was the Zollverein Coal Mine Industrial Complex in Essen, Germany, which was once the largest mine in the world. Today, it is a UNESCO industrial heritage site, and it functions as a tourist attraction and education hub. Using this knowledge, our focus became to bring our site’s story back to life and to create a fun, unusual open space that incorporates the distinct layouts of the former industrial building into the landscape. A new open space in place of where a former silo used to stand inspires curiosity and introduces a unique experience.

Our second Big Move was to achieve private and public benefits. This presented the challenge of repurposing the existing silo structure, which is a costly intervention with heritage limitations. One of the strategies we applied was to look at past successful adaptive reuse projects to gain valuable insight of how to tackle our site. This led us to Copenhagen, Denmark, where a former grain silo and the largest industrial building in its area, had been transformed into a 17-storey residential building. It gave us the idea to adapt the silo to office uses in order to help fund its preservation and attract tech companies looking for distinguished working spaces. 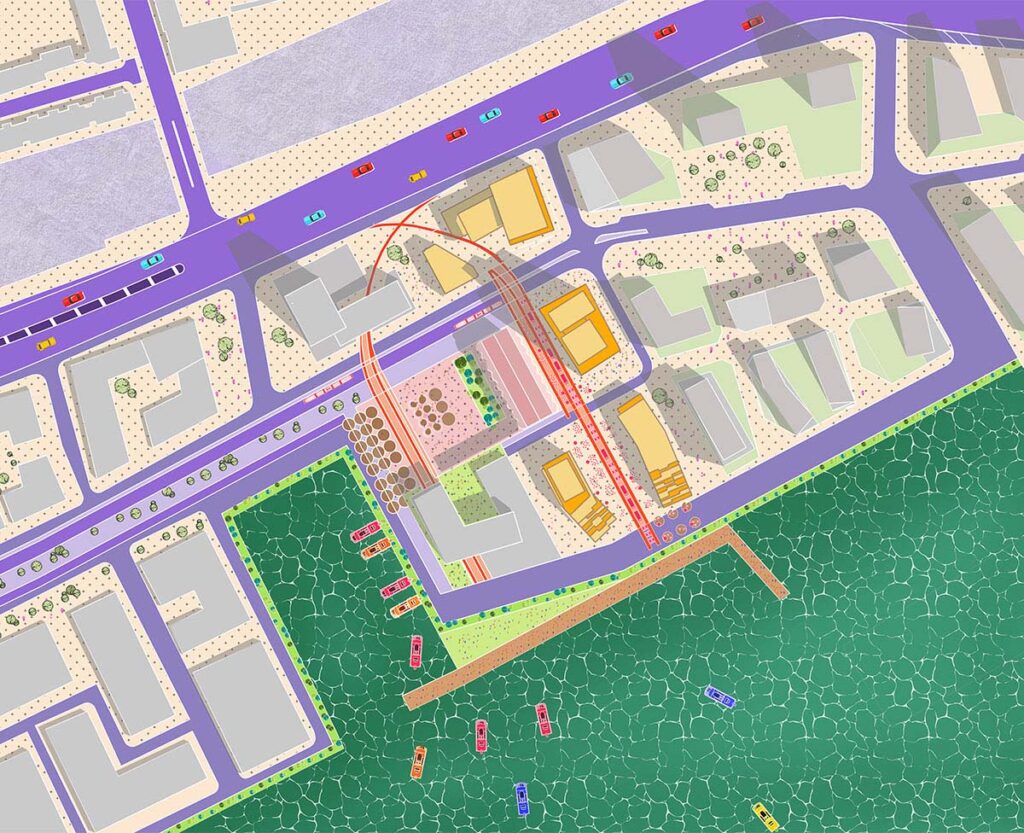 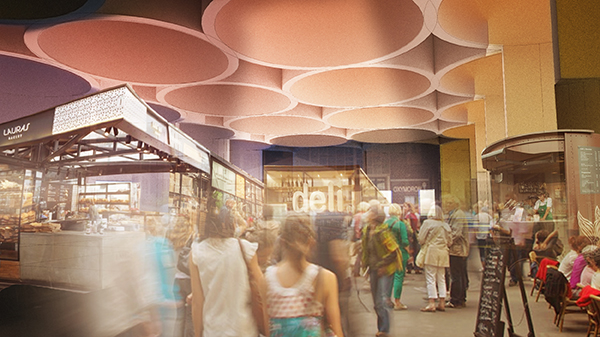 Our third and last Big Move was to attract a critical mass of people. This presented the challenge of creating a sense of ‘place’ along the Waterfront by connecting the public realm to the water’s edge. Once again, we scanned different areas and looked for regions with vibrant waterfronts to see what strategies they employed. We noticed that Chicago was very successful in completing a riverwalk revitalization by converting their polluted post-industrial riverfront to an open, mixed-use pedestrian space. Using this case study, our design will provide an active water frontage and a safe, welcoming pedestrian experience. 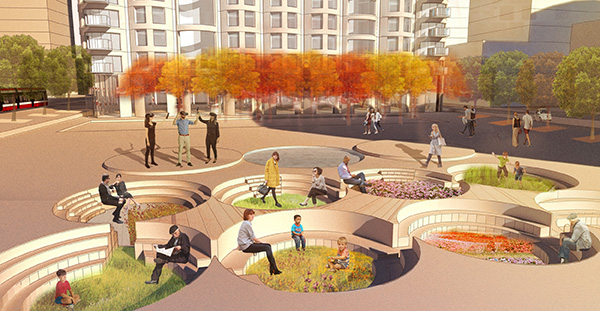 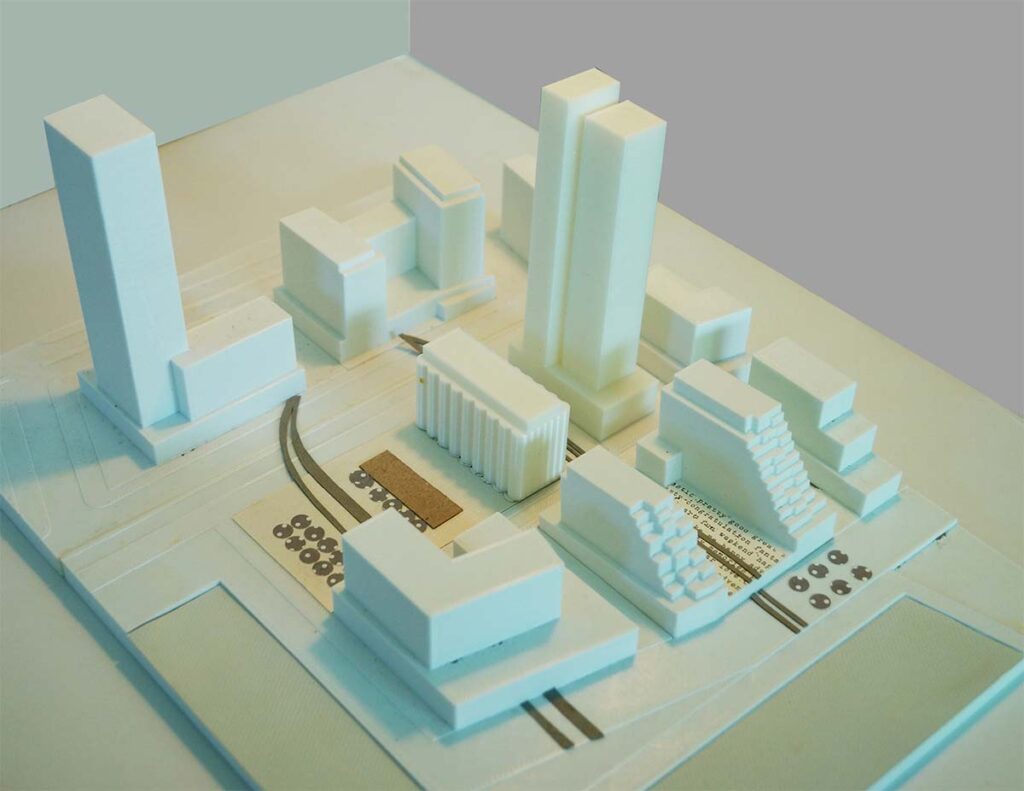