Redevelopment of an underutilized site into a mixed-use residential tower in the core of Toronto’s downtown.

Why? Partial Redevelopment of a block with an office tower

Big Idea: Identify density opportunities around the existing Dundas Edward Centre, and improve it with a new building structure that enlarges the floor plate of 180 Dundas Street West from 11,000 square feet to 19,000 square feet with a slender mixed-use residential tower.

Our proposal uses a hybrid Timber-Steel-Concrete structure in order to achieve construction efficiency and create an aesthetically striking, modern office space. The use of mass timber would allow the development to store around 1,080 tons of CO2 and avoid releasing around 2,290 tons to the atmosphere through the production of steel and concrete.

The proposal also contributes to the public realm by introducing grade-related retail and streetscape improvements on Dundas Street West and Centre Streets, the extension of the PATH system beneath 481 Dundas Street West, and a new publicly accessible glazed retail atrium space.

In 2018, Crown Realty Partners and Crestpoint Real Estate Investments Ltd. purchased the Dundas-Edward Centre. They plan to incorporate physical improvements, including modernizing lobbies and corridors; the introduction of a fitness concept and other on-site amenities; as well as several upgrades to the building’s exterior. They also plan to incorporate a new leasing strategy by appealing to a broader mix of tenants, rather than the previous focus on healthcare uses. Hence, they have created model suites from 3,000 to 5,000 square feet.

While these additions are somewhat notable, the site could still accommodate a higher density to truly take advantage of its close proximity to the Dundas (500 m) and St Patrick (150 m) subway stations. Directly beside our proposed tower addition, is a planned 55-storey mixed-use development at 481 University Avenue. It is only a matter of time before the surrounding context of the Dundas Edward Centre is scaled upwards, and our proposal would ensure that there are no untapped opportunities for the future of this site. 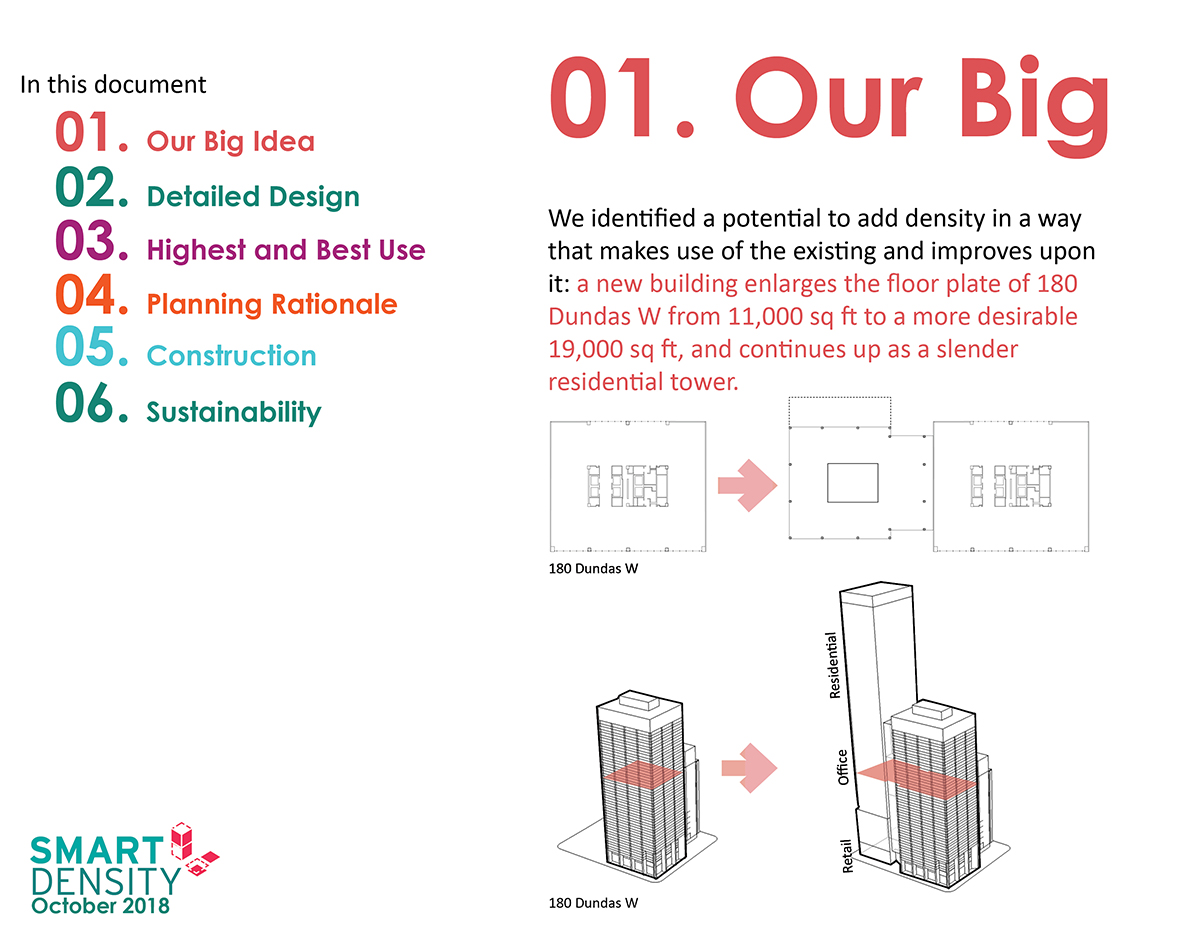 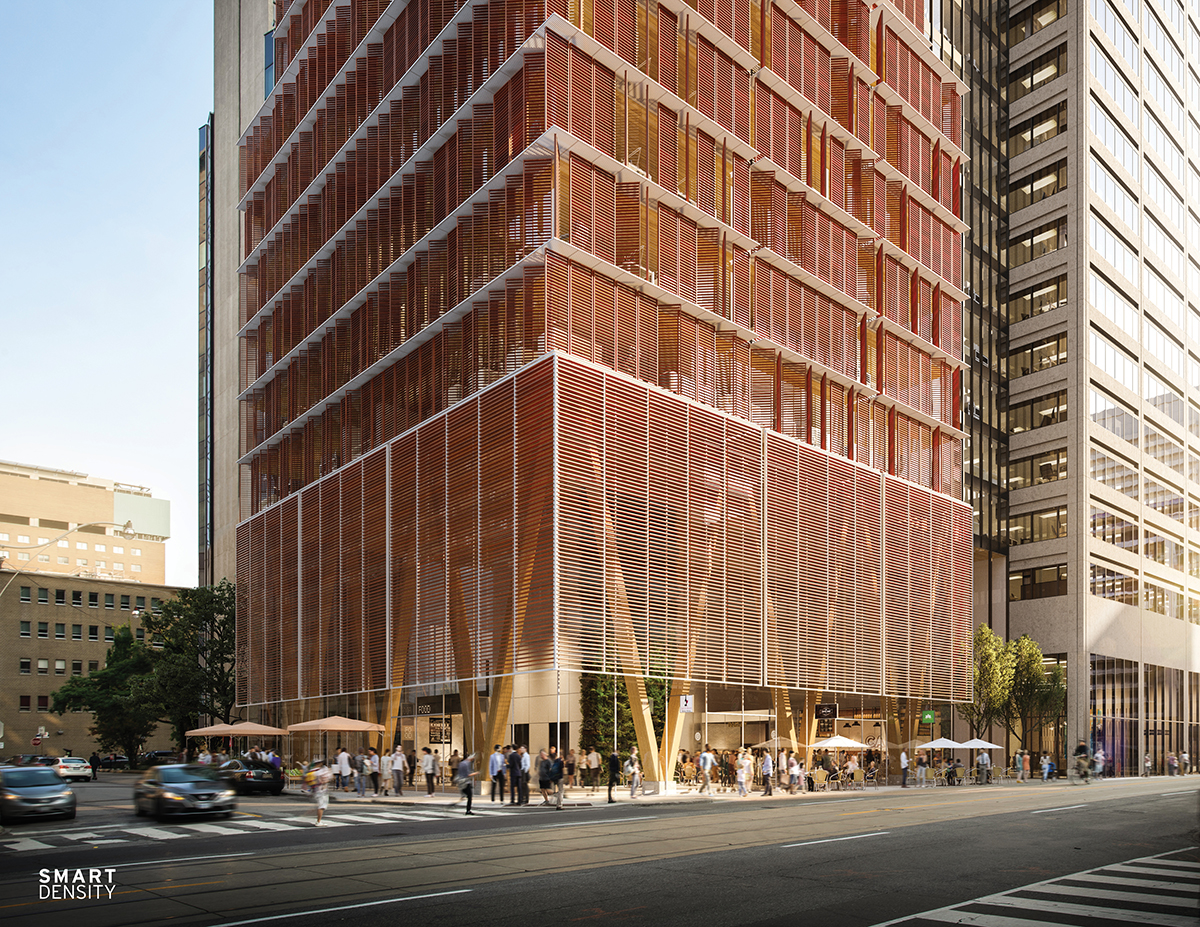 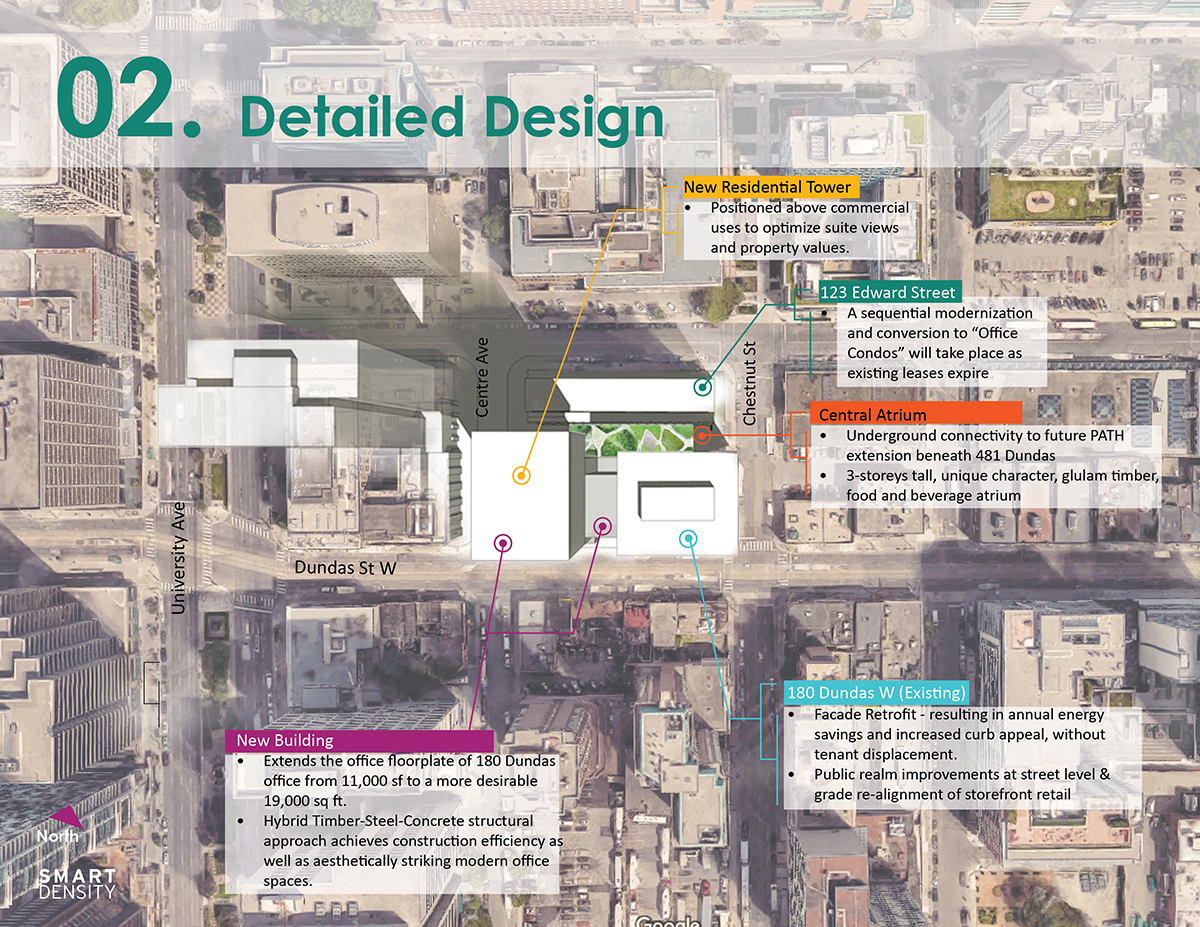 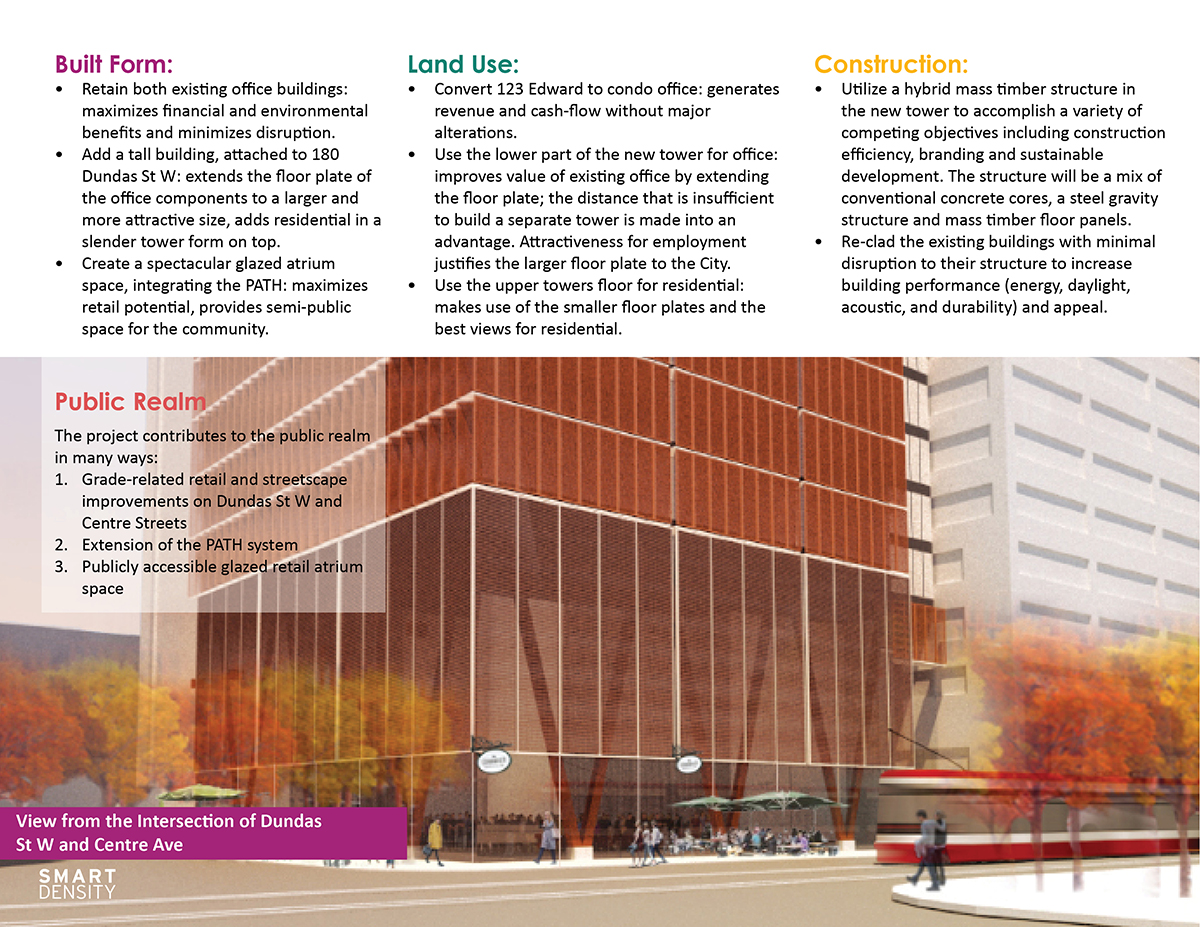 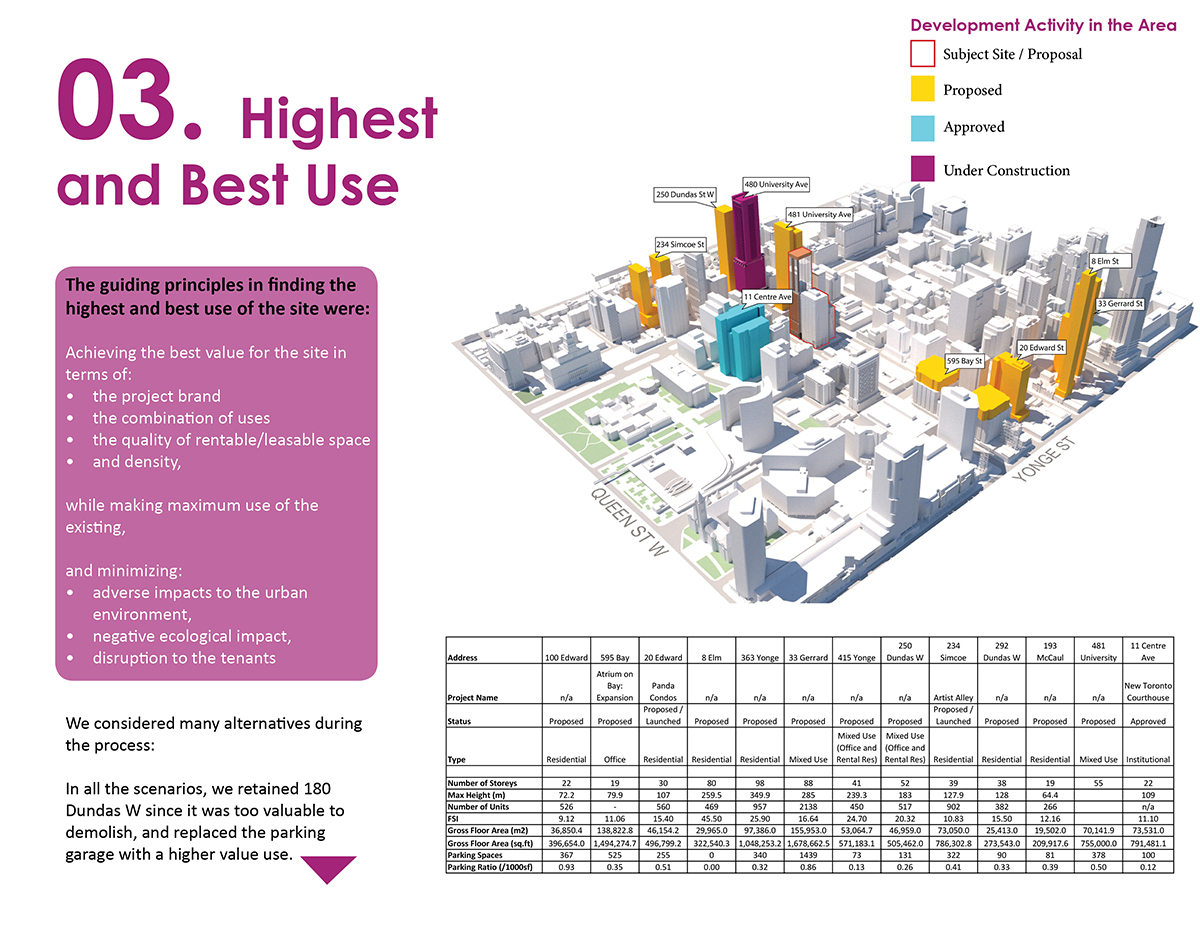 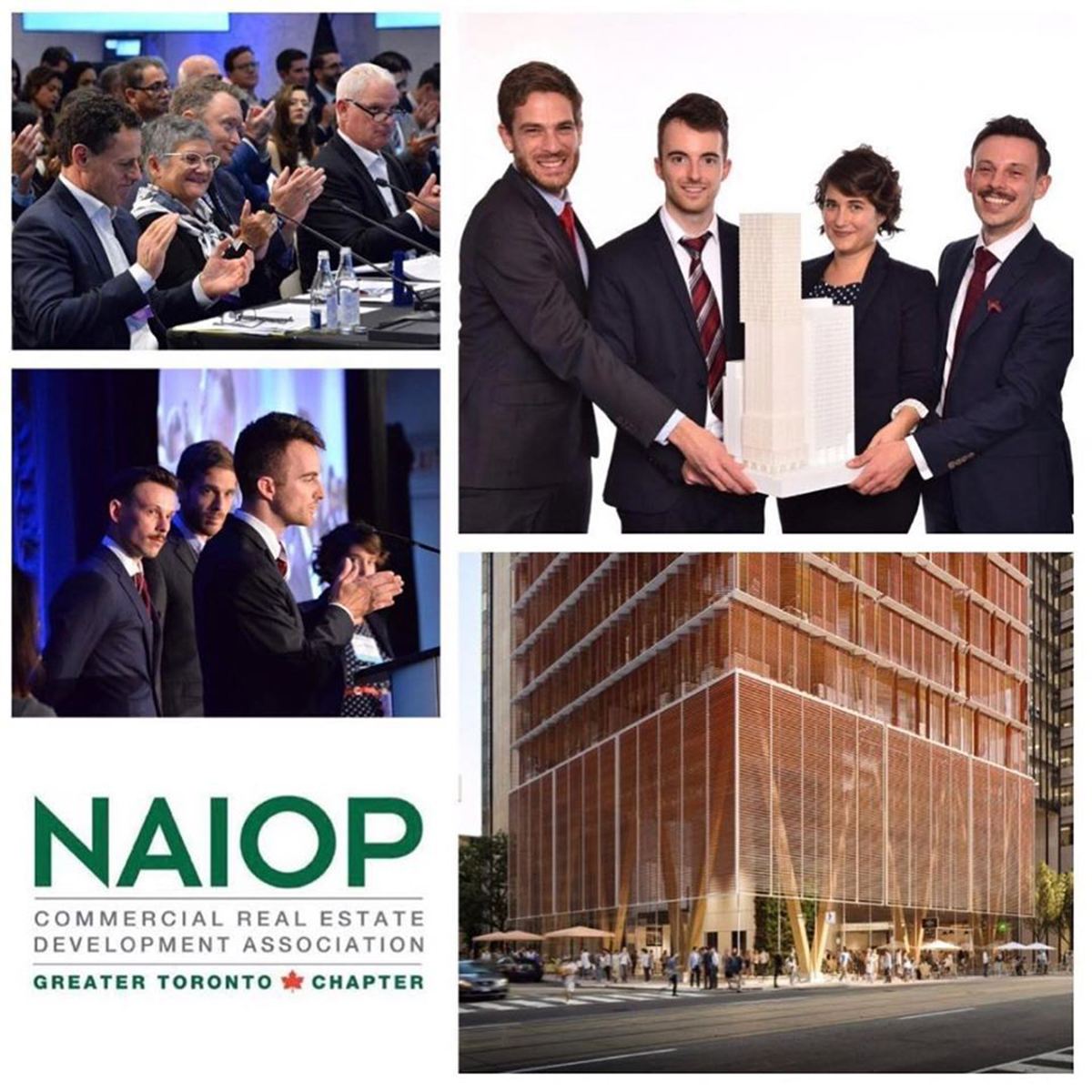 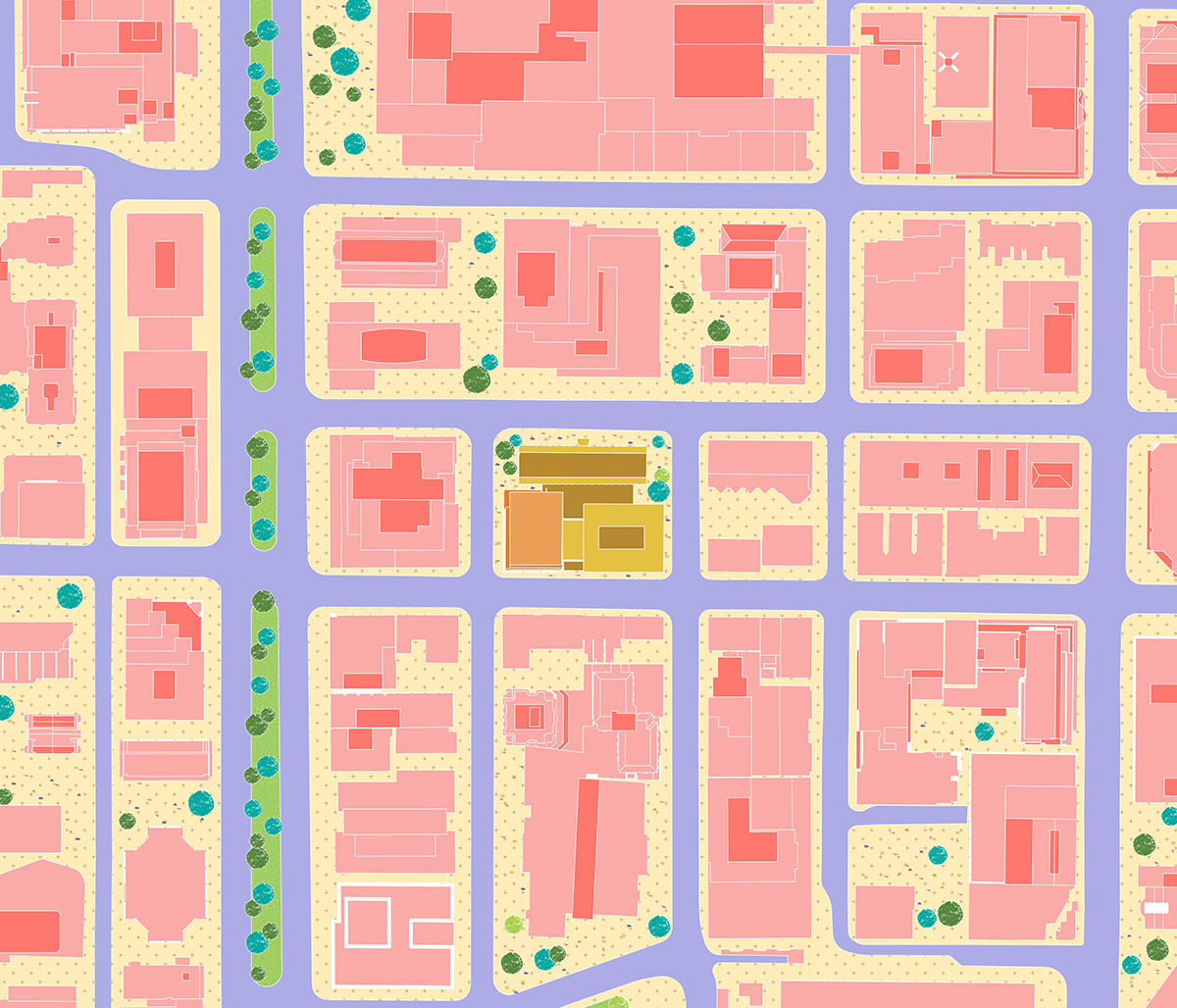 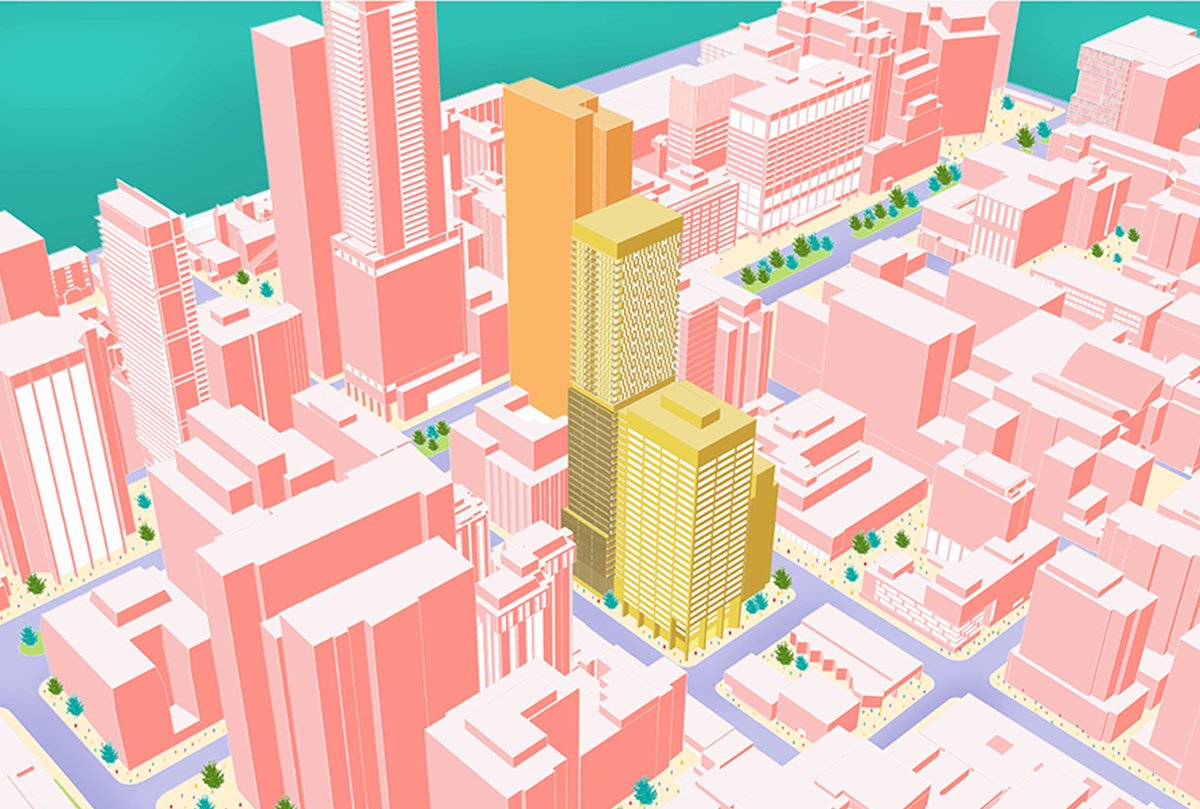