This former light manufacturing building is located at the heart of the ultra-orthodox Makor Baruch neighbourhood, which is close to the Centre of Jerusalem. Within this neighborhood of small mid-rise apartment buildings, this sprawling building from the 1950’s now stands mostly unutilized.

There are no public parks in the area, which is a huge problem since the neighbourhood has a high residential density and many families with young children. This area also suffers from low housing availability. This is largely due to the area being a major centre for ultra-orthodox education, resulting in many schools locating their facilities in apartments.

Originally, preliminary designs proposed the construction of a high-rise apartment building in exchange for a provision of parkland by the developer. However, this approach was only addressing the need for a park space while disregarding the housing shortage: since the ultra-orthodox won’t use elevators on Saturday and do not live in buildings over 6 storeys, a high-rise building would not address their needs. More importantly, the tower and park approach ignored the opportunity to make use of the massive floor area in the existing building.

Instead of demolishing the building to make room for a park, we adapted and instead added to this robust building. We created a combination of residential and educational uses, alongside a park on the roof. Normally open spaces that are removed from the ground remain underutilized; however, because of the unique combination of high density and a high demand for supervised play areas, a rooftop park has a high chance to succeed in this environment. By taking this alternative development approach, we were able to provide very needed housing and classroom space, re-use an existing building, and create a unique park that offers spectacular views of the city. 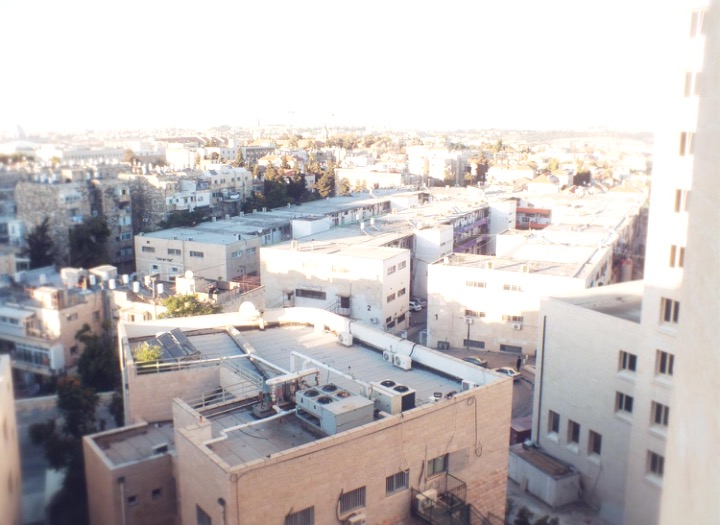 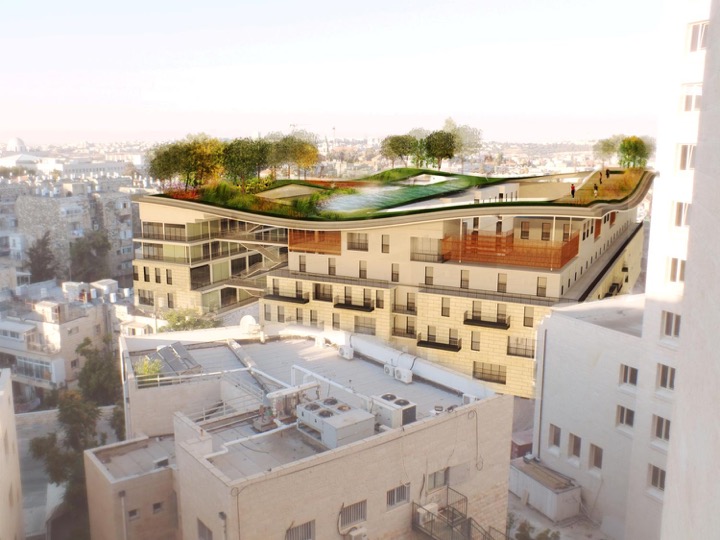 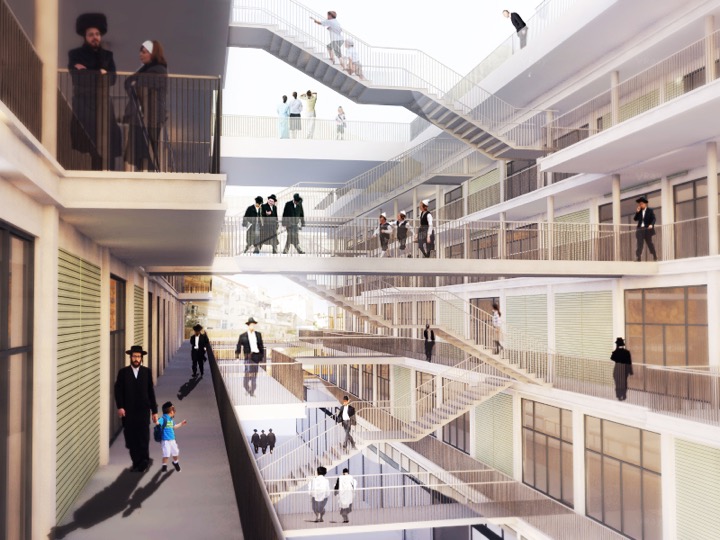