Although Toronto has received great improvements in cycling infrastructure in recent years, medium and long-distance bike trips remain a challenge. The core of the city contains many bike lanes, but the outskirts have seen very few cycling infrastructure improvements. Moreover, even on streets with bike lanes in place, cyclists must make frequent stops when crossing streets. This not only significantly increases their travel time but may also present safety challenges.

GO Bike addresses these challenges by improving medium and long-distance bicycling infrastructure. By taking advantage of the existing “expressways” along Toronto’s railway corridors, we can create an extensive network for cyclists that will eliminate conflicts with motorists to enable safe and smooth cross-town riding. What makes this idea even more attractive is that these trails are already safe and grade-separated; therefore, the implementation is relatively simple.

In Toronto, one of the only examples of a bike path next to an active line rail is the West Toronto Rail Path, but this is only 2 km long. By implementing our idea, Toronto has the potential to add over 100 km of bike trails in a very affordable way.

Amidst the COVID-19 pandemic, cycling is becoming a much more desirable mode of transportation, and cities are beginning to respond to this demand at a rapid rate. Municipal governments across Canada are moving quickly to create clearly marked bicycle lanes in order for people to travel safely.

Overseas, there are also ambitious plans being put in motion to transform streets by reallocating space from cars to cycling and walking. For instance, despite being only 15 km from end to end, Milan recently announced it will convert 35km of street space to expand cycling and walking in an effort to protect residents as COVID-19 restrictions are lifted.

With GO Bike, Toronto has a remarkable opportunity at its fingertips to make cycling a safer, more accessible, and a faster travel option for residents that will open up many new possibilities for transportation. In the short term, it would also be a massive benefit to public health as we face great uncertainty once the economy opens up again. 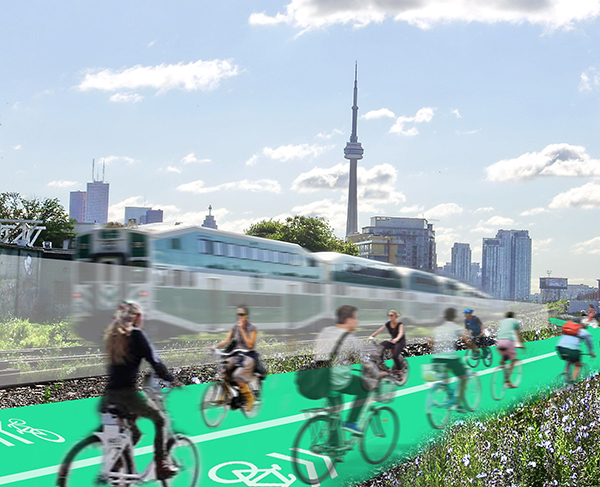 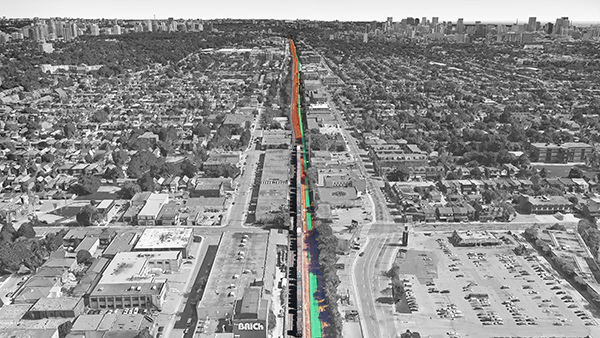 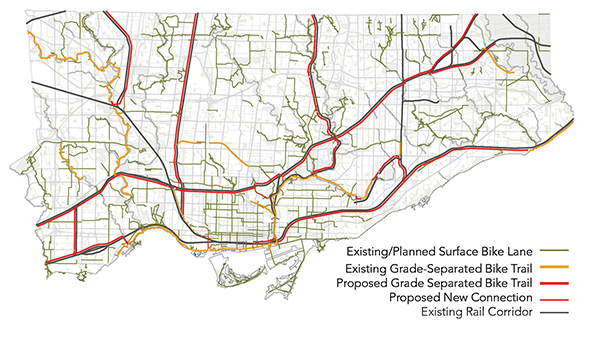