Back in 2012, as two freshly minted architects, we decided to travel around East Asia for 6 months. It was a very low budget trip, and I am still surprised we were able to pull it off. But we did. Japan was one of the seven countries we visited, and we stuck to the regions of Tokyo, Kyoto and Osaka since travelling any longer or further in Japan would have completely broken our budget.

After spending 12 days in Tokyo, I observed the same strange phenomenon as when I first visited Toronto – the existence of single-family houses in the city core.

While looking back at this trip after having lived and worked in Toronto for 7 years, I came up with three urban planning principles that I wish we would adopt from Tokyo. 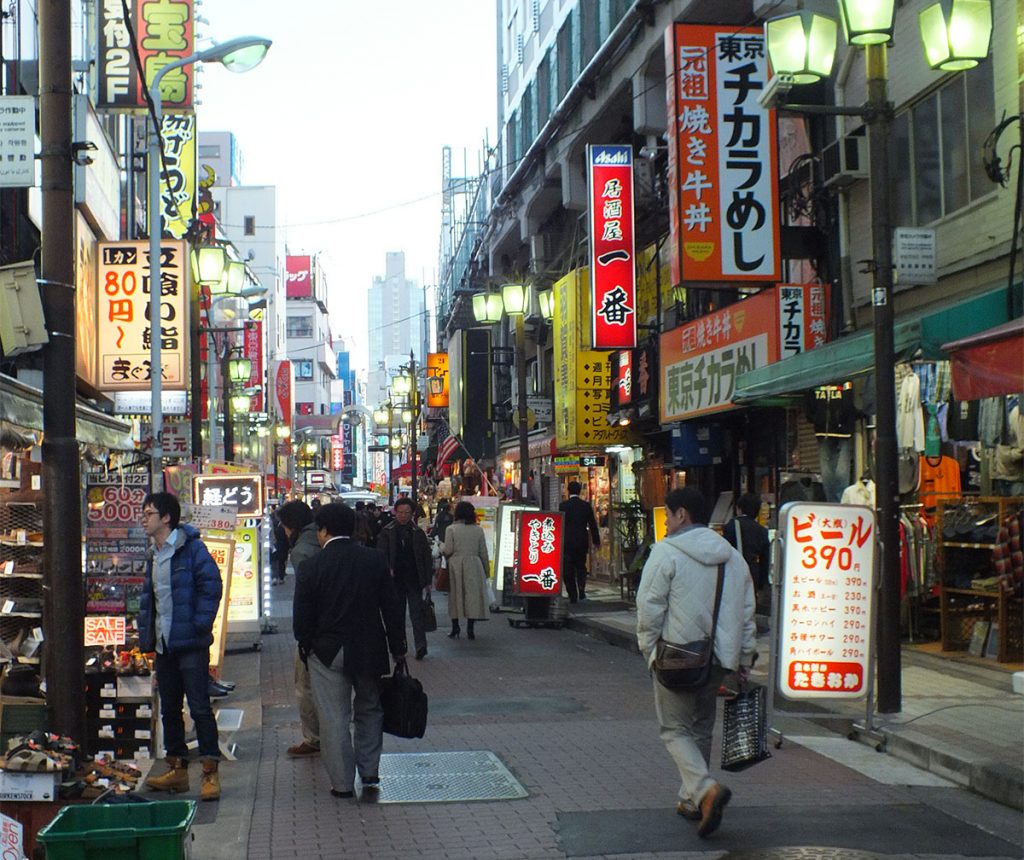 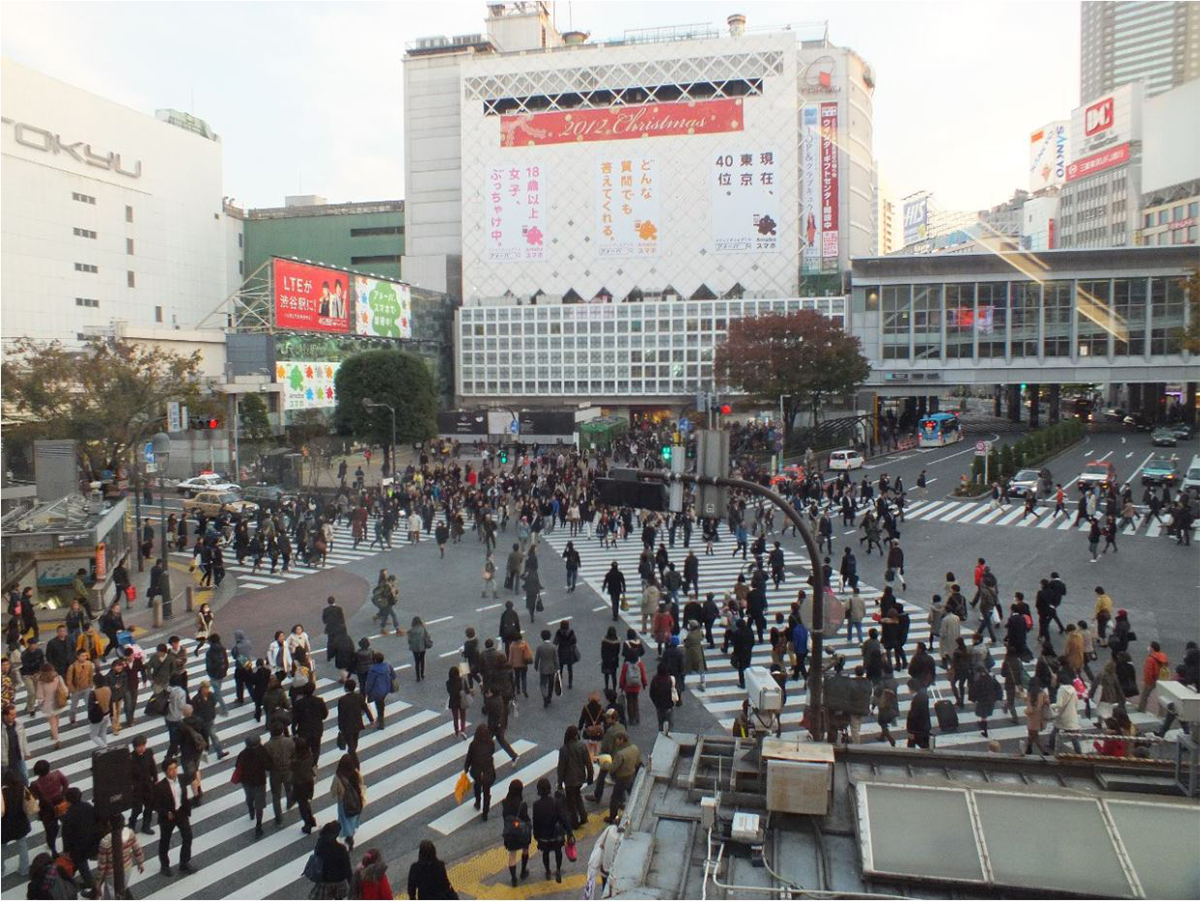 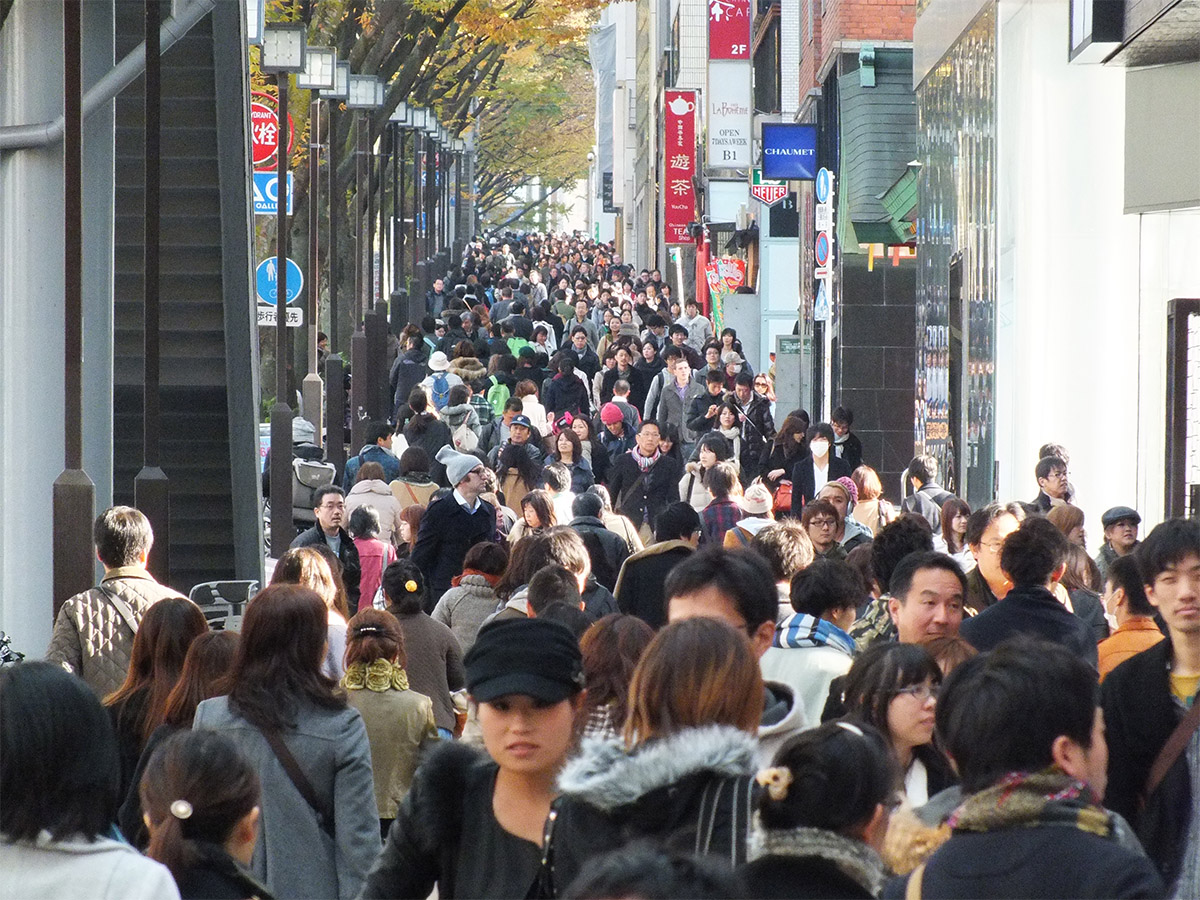 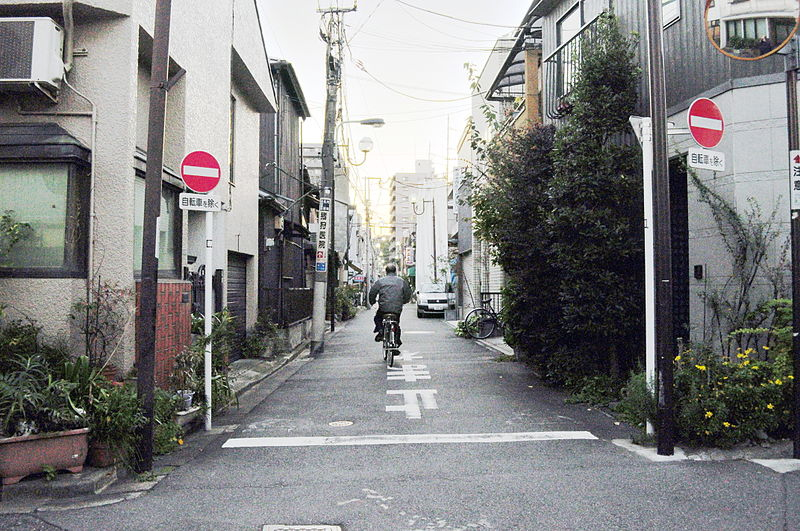 Tokyo-Yokohama is the world’s largest urban area, consisting of approximately 38 million people. The metropolitan area covers Tokyo, as well as Kanagawa, Saitama and Chiba. Tokyo Precinct has increased its population by 33% since 1963 to around 13.3 million people, while at the same time, the residential space per person doubled, meaning a 166% increase in the residential floor area. Tokyo is often referenced as a city that effectively reformed its planning framework in the 1990s by removing restrictions and welcoming sustainable intensification and promotion of more affordable housing options.

Tokyo’s neighbourhoods have slowly developed and merged into the greater urban environment on their own accord. Flexible zoning rules have allowed the city to become an incredibly integrated, mixed-use region, where tiny pedestrian streets make way to high-speed train lines.

Japanese culture is tolerant of urban forms that our planning departments would deem messy and unorganized. The country’s zoning laws impose very limited control over bulk, density, use segregation, and regulation between apartment buildings and single-family homes. Moreover, most development in Japan occurs “as-of-right”, eliminating lengthy discretionary review processes. If a project complies with the zoning, it’s awarded a permit relatively quickly and without hassle. The result is more effortless city building towards more complete, affordable, mixed-use neighbourhoods.

In addition to its as-of-right methodology, Japan is able to circumvent many traditional planning restrictions due to the national government’s role in land-use planning. Its national government has created 12 zones, which are transparent, flexible, and aimed at solving more significant land-use issues. The zones vary from low-rise residential to exclusively industrial. Even the most stringent low-rise residential zone allows for (low-rise) multifamily buildings, home-based businesses, and small local retailers. A graphic illustrating each of these zones is shown below:

The system removes the authority of local municipalities to develop tangled and exclusionary land-use regulations, without rendering them completely powerless. Cities can still identify zones where they would like to waive specific regulations in order to allow for higher densities or establish criteria such as minimum green space requirements. However, at the end of the day, basic zoning laws are still defined by the national government.

The Floor Area Ratio (FAR), or the maximum ratio between the building area and lot area (similar to Floor Space Index), is the main difference between these zones. With Category I Zones (low-rise residential), the lowest possible maximum FAR is 50%. Japanese zoning does not reserve one or two exclusive uses for every zone. Instead, it observes maximum levels of “nuisance” or “intensity” allowed in each zone. This significantly expands the range of housing options, as duplexes, triplexes etc. are considered to have the same level of a nuisance as single detached homes. Therefore, residential means residential, regardless if it is rented, owned or contains one or multiple households. 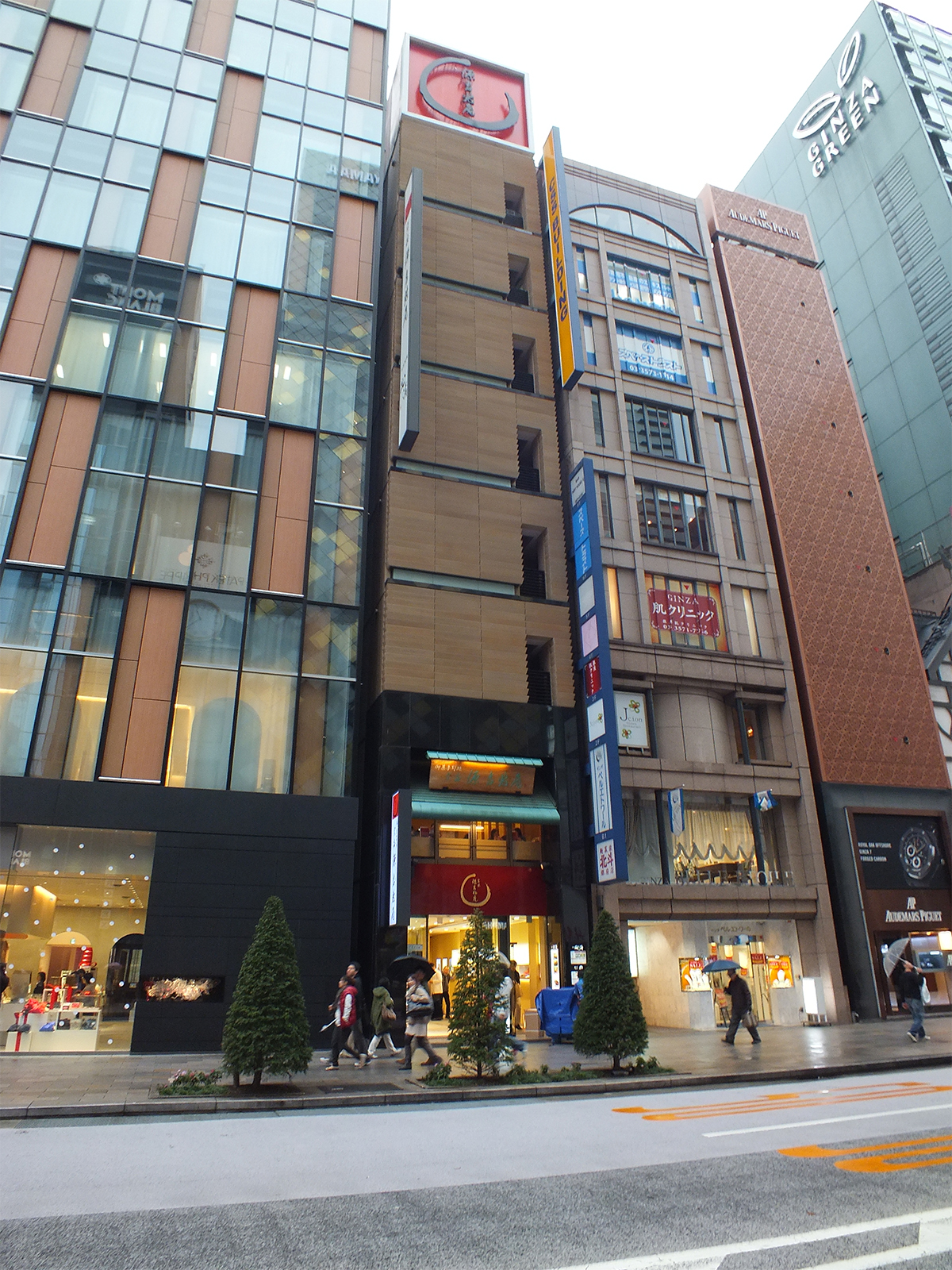 Japanese employ innovative designs when it comes to taking advantage of small, awkward pieces of land. There are many instances where cities have built tall, slender buildings to accommodate small land footprints. Whereas North American cities have defined building height limits with little room for nuance, Japan has exemptions that allow for increased height the farther buildings are set back from the street, or on wider streets. This makes it easier to construct tall, slim buildings in many areas. 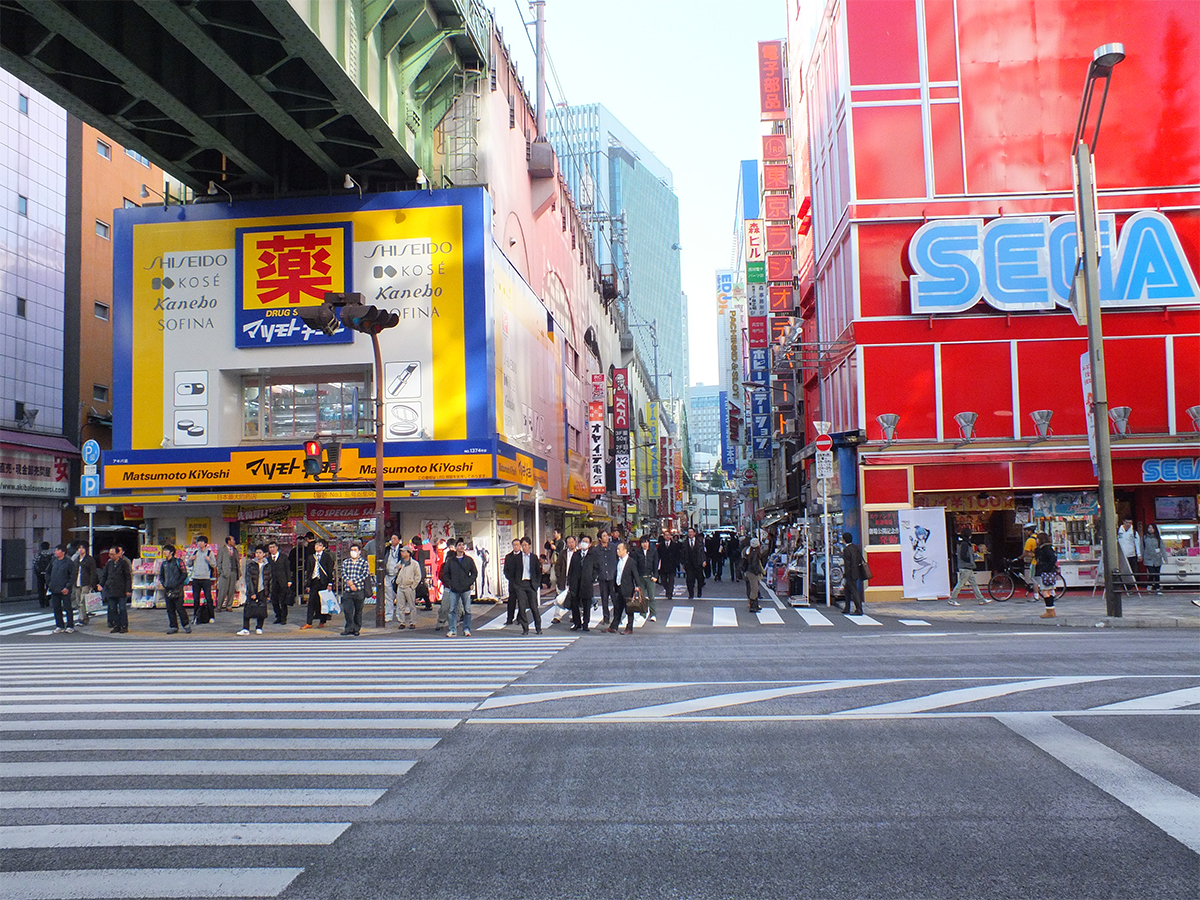 These developments have been coined as Rail Integrated Communities (RIC) in order to differentiate them from the North American concept of Transit-Oriented Development (TOD). The evolution of RIC came out of necessity for Japanese railways, due to the nature of their private ownership. Because they receive little financial support from the government, stations needed to achieve higher levels of profitability by diversifying into real estate, retail, and other businesses.

In Tokyo, rail lines have made commuters into customers and customers into commuters. For instance, the Tokyu Corporation’s Tokyu Department Store sits above Tokyo’s Shibuya train station, which the private rail company operates in partnership with three other transportation companies. Since 2000, railway station redevelopment has become one of the most significant forms of new urban regeneration in major Japanese cities.

With unique offerings from office, shopping, dining, entertainment venues, and community leisure spaces, nowhere in the world can boast railway station complexes as large as Japan’s. Of course, it also helps when less than 30% of your city’s residents commute by automobile.

New York City recently adopted this model with its 2016 World Trade Center Transportation Hub, which serves over 250,000 daily commuters and features 78,000 square feet of retail and dining space. With the right policies and political will, Toronto may be strongly positioned to follow suit.