425 Bloor Street West is currently occupied by a Metro supermarket. The site is very accessible: located 150 m from Spadina Station, which is served by both the University-Spadina Subway Line, the Bloor- Danforth Subway Line, the Spadina Streetcar and a few bus routes. The station is only one of three subway stations in Toronto served by the two major subway lines. This makes the site extremely appropriate for a tall mixed-use residential development. The Miles Nadal Jewish Community Centre is also located nearby at the intersection of Bloor and Spadina.

In addition to providing increased housing for city residents, new development here could serve University of Toronto students with much needed housing opportunities and rental options close to campus. 425 Bloor Street West is a brisk 600 m walk to U of T’s main library (John P. Robarts), and it is located just west of St George Street – a central hub for U of T students. 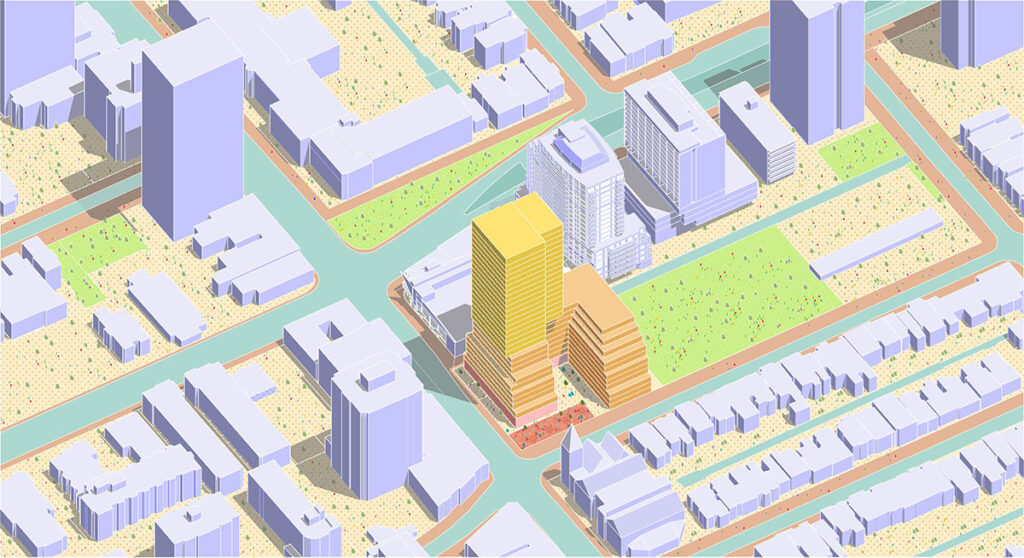 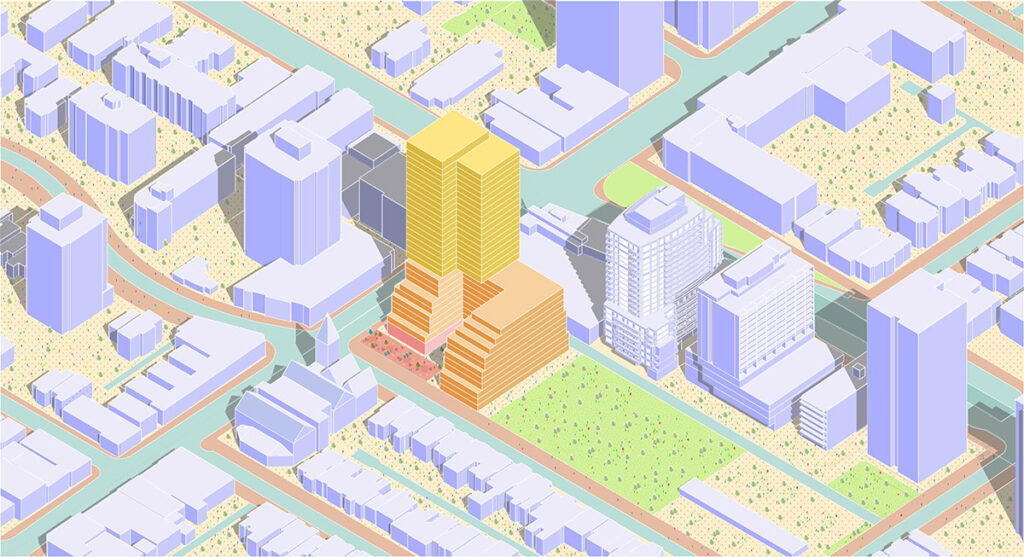 There are already a few active and approved applications for tall buildings in the area. At 316 Bloor St West, one block east of Spadina subway station, State Building Group has negotiated a 29-storey tower which would be taller than any of the surrounding buildings, with the next closest having floor counts in the teens. A 29-storey building was also approved at 300 Bloor Street West, with even further intensification at the intersection of Bloor-Spadina with a proposed 36-storey mixed-use development at 350 Bloor Street West.

Further west at Bathurst and Bloor is the Mirvish Village development by Westbank Corp. which is set to include 916 rental units due for occupancy in 2022. The project will contain an enhanced affordable housing component courtesy of a $200 million financial contribution by the federal government.

As Toronto continues to add density north of the downtown core, developers are starting to search east-west along transit lines for potential opportunities. Bloor Street West is a prime region of the city that will be able to absorb this added density due to its placement along a major transit artery. ​